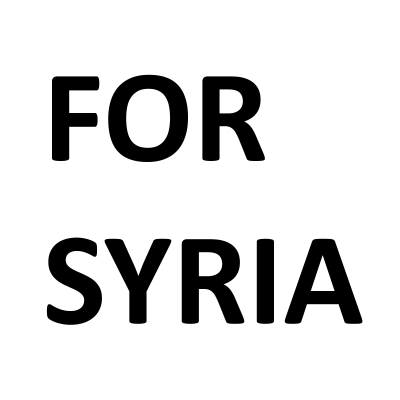 Since the dissolution of the Ottoman Empire after the First World War, the Middle East seems to have been unable to regain any sense of stability.  Internal conflicts, imposed borders, powerful oligarchs and outside interventions have resulted in a complex web of human suffering with no end in sight. Due in part to the ongoing “War on Terror” and general historical ignorance, many forget the rich cultural heritage of the Middle East and North Africa, and the periodic civil wars and regional conflicts often overshadow the diverse cultures still producing art, music and poetry today.

Recently, labels like Sublime Frequencies, run by Alan Bishop and Mark Gergis, have transcended the pitfalls of “World Music” or cheesy fusion to produce groundbreaking and experimental works documenting the sonic environments of the region.

The culture of  Syria, despite its rich history and some of oldest continually settled cities on Earth, is especially little known in the West, with its designation as an extended member of Bush II’s “Axis of Evil.” Sublime Frequencies has done more than any other label I know of in introducing the music of Syria to outside audiences, whether it’s the introduction of dabke to the West (through Omar Souleyman of the Dabke compilations) or the hallucinatory sound collage I Remember Syria.

In a recent conversation Radwan Ghazi Moumneh of Jerusalem in My Heart pointed out to me that  Syrian Dabke music was in fact  mostly looked down upon in the Middle East. “This is just but one of many layers of classist and racist mindsets in any post-colonial culture. It’s seen as music that is made by the lower class, by Kurds, by Turkmanis, by Shia, by Bedouin, etc. It’s never what you’ll hear in downtown Beirut. Never. Except… that you WILL hear Mark’s record, because Mark put it out! Not because it’s good — it of course is! An actual tape of the same music that was made on a dubbed tape or a vcd, will never be played, as the context of it is such that it is frowned upon.”  That is, the music had to become ‘cool’ in the West in order for it to become cool in the Middle East, which raises complex questions about how music in commodity form travels across cultures.

With For Syria, Richard Sanderson and his Linear Obsessional label sidesteps the problem of cultural transmission and Orientalist exoticism by producing a work For Syria, not about Syria.  Moved by the increasingly dire situation since the uprisings against the Assad regime during the Arab Spring of 2011, Richard was determined to make a material difference in whatever way he could. This artistic response wasn’t meant to reflect the somber mood or artistic and cultural traditions, but to raise money to help refugees and to provide a different manner of artistic response.

The PDF booklet is powerful in its simplicity and directness:

Over 4 Million People in Need of Food

9.3 Million People in Need of Aid in Syria

Whatever your politics, the shear enormity of the human tragedy unfolding demands our attention.

The benefit compilation For Syria was only available for a very short time to maximize it’s impact in so far as it encouraged potential donators to purchase the record quickly, and to ensure that the funds were sent with all possible haste. Richard and Linear Obsessional sent £377 (~$645 US) to the  Disasters Emergency Committee relief programme in Syria, all of which goes directly to help refugees with basic necessities like food and shelter.

I spoke with Richard Sanderson about the project and the crisis in Syria. Our discussion can be found below.

What can you tell us about the genesis of the For Syria project?

I had been following what had been happening in Syria with some interest, as the gradual democratisation we had seen throughout the “Arab Spring” met with an unbelievably brutal response from the Assad regime. I have, in the past, favoured an interventionist response to such events, but reluctantly have come to agree with my friends who think that military intervention usually never makes things better. So whilst some celebrated the fact that the west never put boots on the ground, I sat, like everybody else, on my hands, whilst military action, then arming the democratic rebels were discounted – and the bodies piled up and the jihadists moved in to the space the West vacated.

As the situation worsened, to an absolutely horrific degree, I was also bothered by the fact that the plight of Syria was becoming old news, and just as food and hope was running out, the media attention was moving away – to missing aircraft, Ukraine etc. It also became obvious that the aid we were providing was not sufficient, and that the very least we could do was open our borders to refugees.

The point I decided to act was after reading an article in the Observer on the 19th April.  I forwarded the piece to a bunch of people who have recorded for Linear Obsessional who I knew could be relied on to work fast and provide quality product, and suggested the idea of a benefit album for the Disasters Emergency Committee Syria Relief campaign. It would be download only, thereby costing us nothing and allowing 100% of the money raised to be donated. I also specified that the tracks didn’t have to be related to the events in Syria (I worried the album might end up being too heavy a listen!) but should where possible be exclusive to the album. I also suggested that the album should only be available for a limited period- about a month, so that I could send off money quickly, rather than in dribs and drabs over the next year or so. All other label activity was halted to push the album as hard as I could during the period- the limited period was also avoid any “compassion fatigue” that might set in. I wanted to sell the idea that you could only get these exclusive tracks now, and you may never get a chance to hear them again.

The response from the artists was great- several of them (inc. Dead Voices on Air, Mike Cooper, Chris Whitehead) made direct reference to what was happening, all provided unique and really rather special tracks. I knocked up a small, but pointed PDF booklet to accompany the download, and a bald cover and it was up and out.

I’ve struggled with the question of military intervention as well.  For instance, with Libya I found it hard to disagree with the idea of a no-fly zone.  In truth, however, it is never just that, and it inevitably seems to create an opening for other interests (multi-national corporations like mining companies or oil companies but also many other industries).  French influence in its former colonies, and the potential abuses that have arisen from such relationships, as in Mali, are deeply worrisome, and yet the opposition to such influence are hardly worth defending either, which makes for a rather depressing situation.  The case of Western intervention in the governance of former colonies such as Nigeria, DR Congo, and Angola is telling.  And of course in Libya, there was never a chance for a trial, which is important not only for symbolic reasons but in order to establish a narrative for moving forward.  I’m partial to Hannah Arendt’s take on the judicial process.

But in any case, for Syria there was so much more that could have been done from the get go, other than sanctions and direct military intervention.   What was going on in the villages was incredible, but totally removed from any sort of central institutional politics, and therefore would never, ever be supported by the interests of the West.  And what was going on in the cities was an entirely different beast.  It’s a shame that the opposition was never able to unify, but from what I understand that isn’t even really a possibility.

Which is something I like about your approach to For Syria.  You can’t solve these macro problems, or even make much of an impact at all.  But you can make a very real difference to the recipients of your gift,  those whose lives have been most disrupted and at the mercy of the fates.  And hopefully inspire your audience to pay more attention to refugee crises in general, to not be so reactionary and racist in their treatment of immigrants or support for parties with protectionist agendas.

Do you see any connection between the political aims of such a project and any formal/aestheticethical aspect of the music produced by the artists on this compilation?

I deliberately avoided having a “political” message on the release other than “people are dying, you can help”, as a big reason for the release was not to share my beliefs but to highlight the situation as it slid off the news agenda, and obviously to raise money to help.

Certainly most people I know in the improv/experimental music scene range politically from mid-left democratic socialist to erm…much further left!

I think the idea that improvised music in particular demonstrates a more socialistic way of working is often over-egged and flies out of the window when it comes to solo improvisation.  Although we all know what sort of music would be suppressed in a totalitarian state…

Certainly most (good) improvisers I know demonstrate a generous spirit, and this spills over into their personal lives, and this may be why they were keen to help!

I would strongly recommend the Disasters Emergency Committee for any donations to help, they are an umbrella organisation which takes in Red Cross, Oxfam, Islamic Relief, Save The Children and many others.